EU challenges, investment in the EU and the role of the European Investment Group
Debora Revoltella 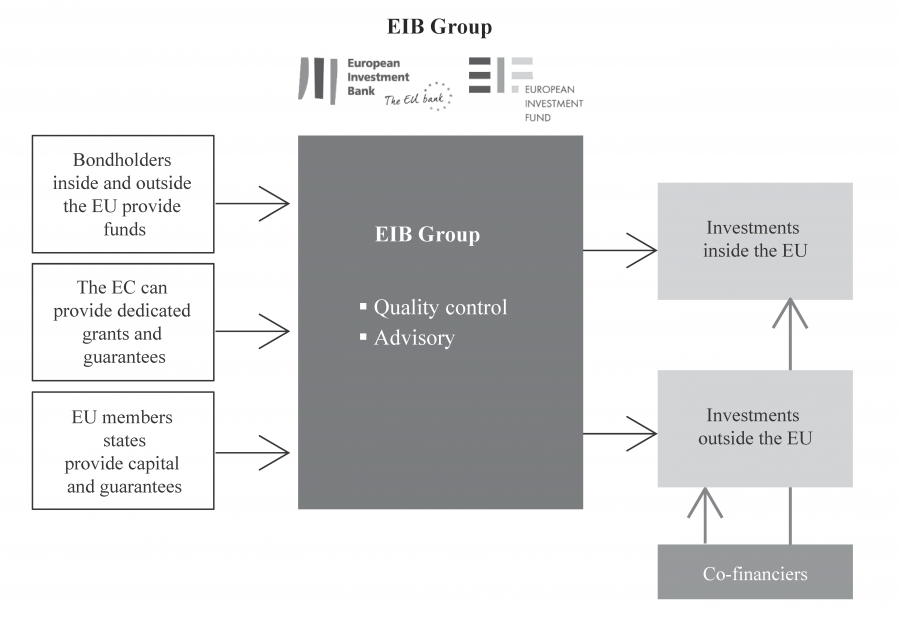 Graph 1
The role of the EIB Group
DISPLAY Graph

* This keynote speech largely relies on the publication of EIB (

2016).
A keynote speech was held at the conference Public Sector Economics organized by the Institute of Public Finance and Friedrich-Ebert-Stiftung in Zagreb on October 14-15, 2016.
March, 2017
I/2017
Katarina Ott, Dubravko Mihaljek
Public sector economics – introduction to the inaugural issue
Debora Revoltella
EU challenges, investment in the EU and the role of the European Investment Group
Zrinka Živković Matijević
Every year the budget story starts all over again – will this one be any different?
Manica Hauptman
European economic governance and the 2017 European Semester Cycle
Zdravko Marić
Public finance in the Republic of Croatia: current state and outlook
Hrvoje Arbutina
In Memoriam: Professor Emeritus Božidar Jelčić
Rilind Kabashi
Macroeconomic effects of fiscal policy in the European Union, with particular reference to transition countries
Martin Beznoska, Tobias Hentze
Demographic change and income tax revenue in Germany: a microsimulation approach
Šime Smolić
The determinants of health among the population aged 50 and over: evidence from Croatia
Marijana Bađun
Determinants of disability pensions in Croatia: the role of institutions
Predrag Bejaković
Multi-level finance and the Euro crisis - causes and effects