Inheritance and equal opportunity – it is the family that matters
Pirmin Fessler , Martin Schürz

Source: HFCS Austria 2017.
Figure 2
Attitudes towards getting rich and wealth taxation (in %)

Source: HFCS Austria 2017.
Figure 3
Attitude toward getting rich through work across income by heirs and non-heirs 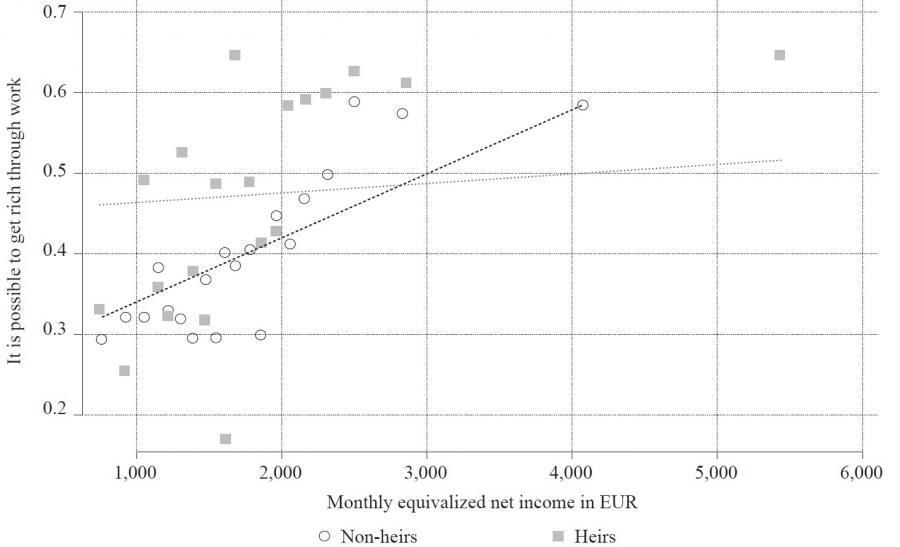 Note: The overall share of heirs amounts to 37.9% of all households.
Source: HFCS Austria 2017.
Figure 6
Attitude towards inheritance taxation across class (in %) 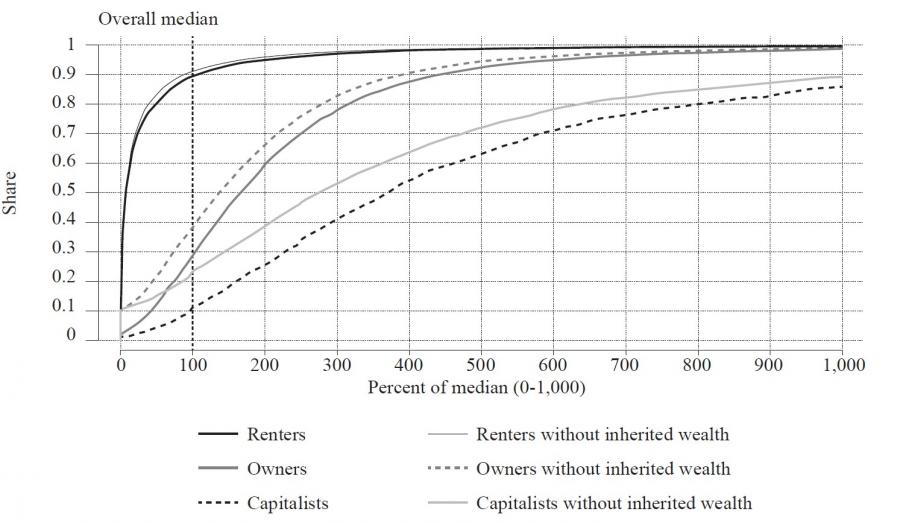 Notes: (i) This graph shows the cumulative distribution functions of wealth as well as the CDFs of wealth without inherited wealth of renters, owners and capitalists in the euro area. Both are normalized with the overall median of net wealth. (ii) To produce wealth without inheritance, inherited main residences as well as the 3 largest other potential inheritances of the household were considered. To estimate a present value an average yearly nominal interest rate of 6% was used. We use this assumption because there are no time series of consumer price indices available for all countries that are long enough for the construction of meaningful real interest rates. However, they likely translate to real interest rates of 2 to 4%. The sum of present values of all inheritances was subtracted from net wealth to obtain wealth without inherited wealth.
Source: HFCS Austria 2014.
Figure 8
Attitude towards inheritance tax and family exemptions 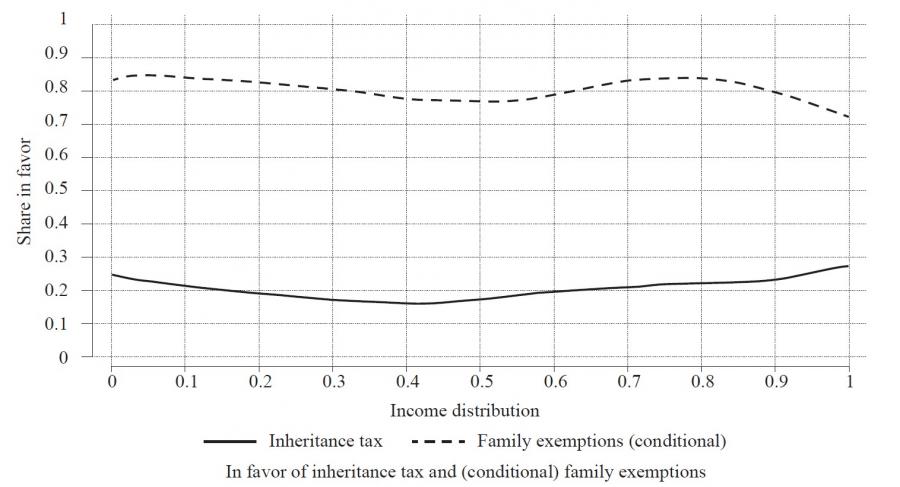 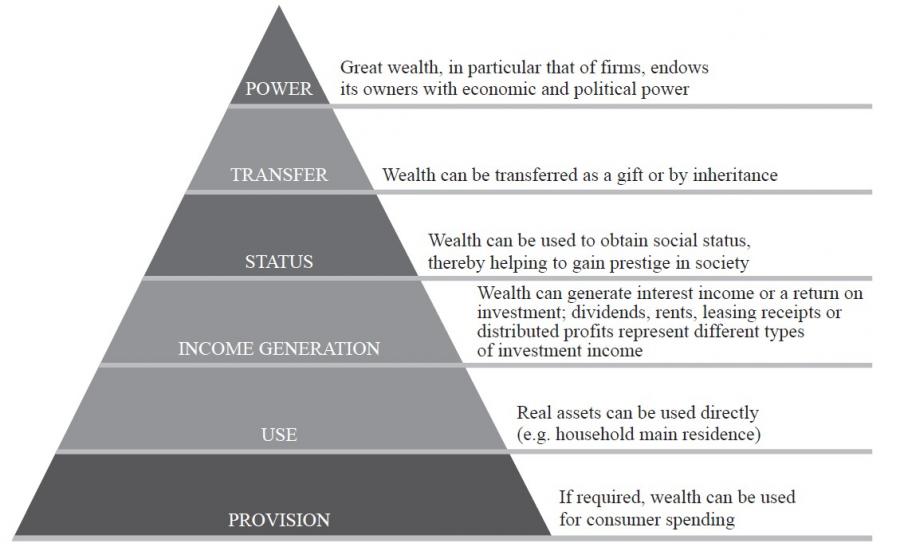 * The authors want to thank the anonymous reviewers for insightful comments and suggestions.

2 See the methodological reports for details.

3 We use the financially knowledgeable person – who answers all household level questions in the HFCS – as a reference person.
December, 2020
IV/2020
Marko Ledić, Ivica Rubil
Does going beyond income make a difference? Income vs. equivalent income in the EU over 2007-2011
Pirmin Fessler , Martin Schürz
Inheritance and equal opportunity – it is the family that matters
Doris Prammer
Immovable property: where, why and how should it be taxed? A review of the literature and its implementation in Europe
Eirini Andriopoulou , Eleni Kanavitsa, Chrysa Leventi , , Panos Tsakloglou, Panos Tsakloglou
The distributional impact of recurrent immovable property taxation in Greece
José Ricardo Borges Alves, Rita Maria Henriques Pereira
The indebtedness of households up until the economic adjustment programme for Portugal: an empirical assessment
Gerasimos T. Soldatos
Merit goods and excise taxation in quasilinear markets for complementary private consumption
Predrag Bejaković
The Future of Pension Plans in the EU Internal Market - Coping with Trade-Offs Between Social Rights and Capital Markets