Revisiting the effect of statutory pension ages on participation and the average age of retirement in OECD countries
David Turner, Hermes Morgavi

Note: Both panels illustrate the estimated effect of a one-year increase in both the statutory minimum and normal retirement ages. Panel A uses a stylised shift in the actual age-participation profile, whereas panel B uses the baseline pooled-country estimated equation reported in Geppert et al. (2019). The size of the effect on labour force participation and the average retirement ages is proportional to the shaded area.
Source: Authors’ calculations.
Figure 2
Age fixed effects in the baseline model. Effect on labour force participation at different ages (percentage points) 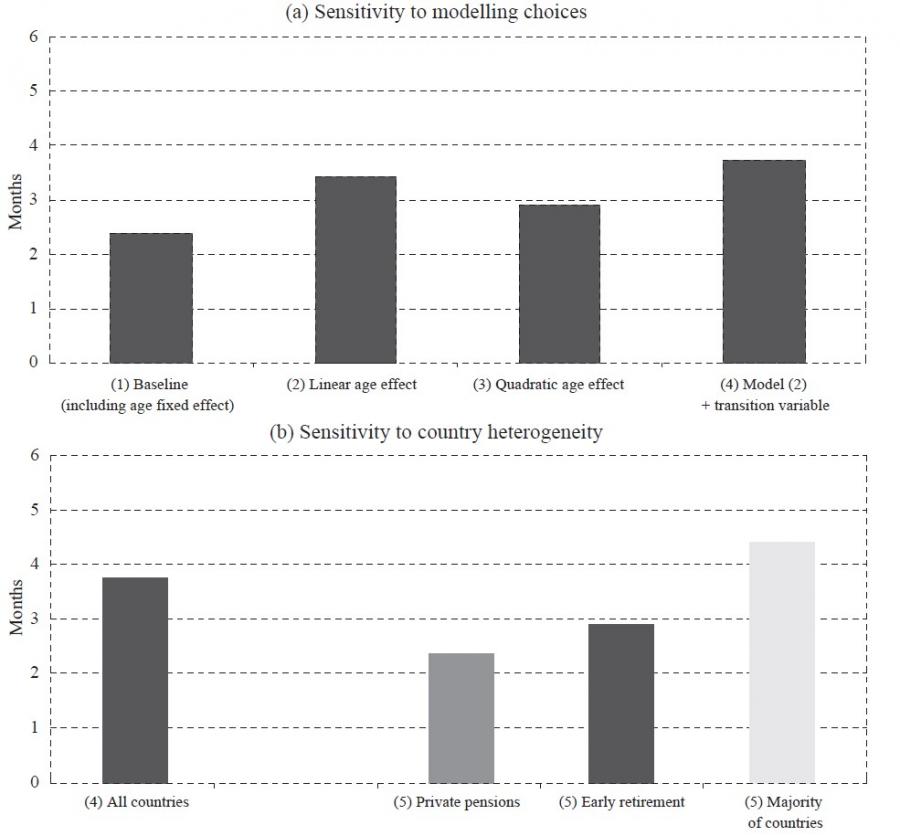 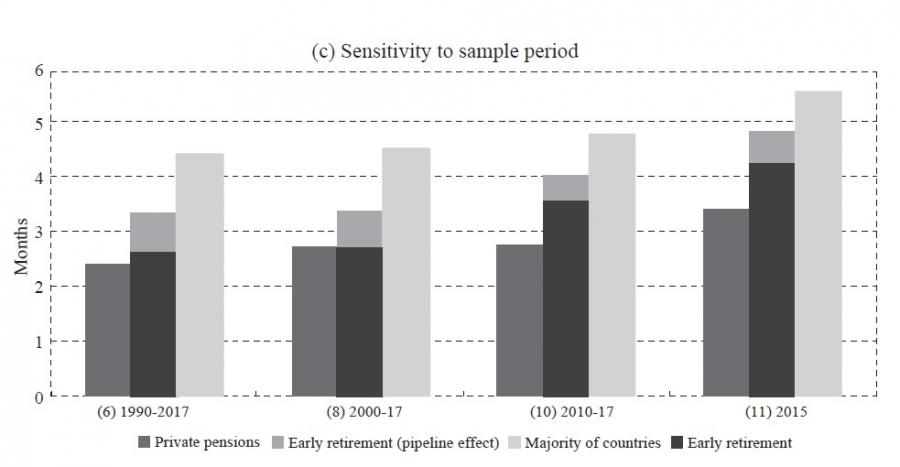 Note: The number in brackets at the start of each label on the x-axis refers to the equation number in table 1. Successive bars in each panel show the effect of changing one characteristic relative to previous bars.
Figure 4
Modelling of statutory retirement ages 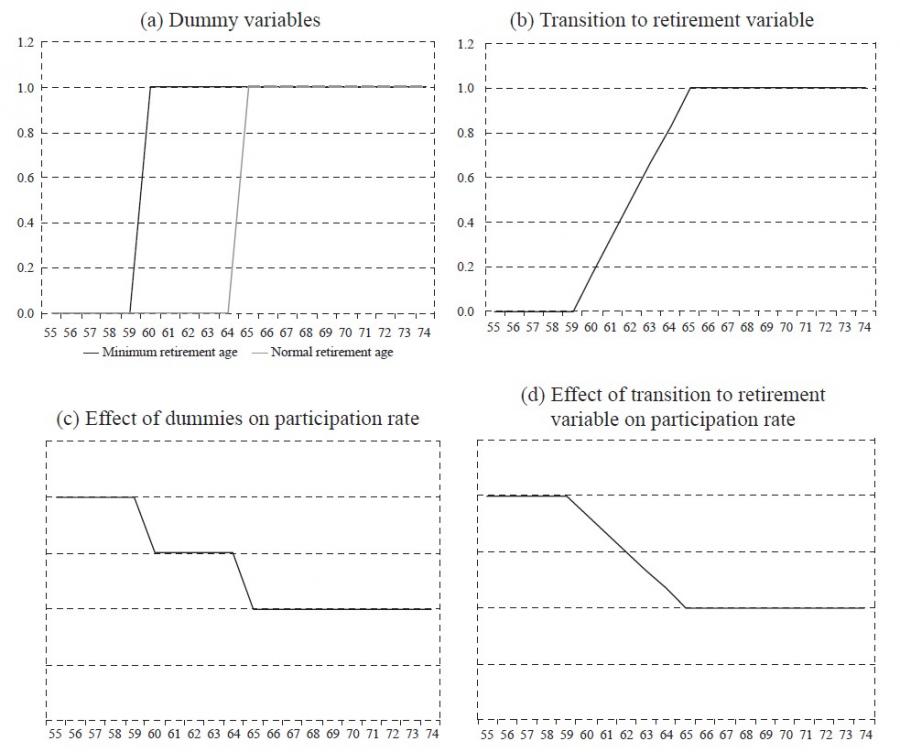 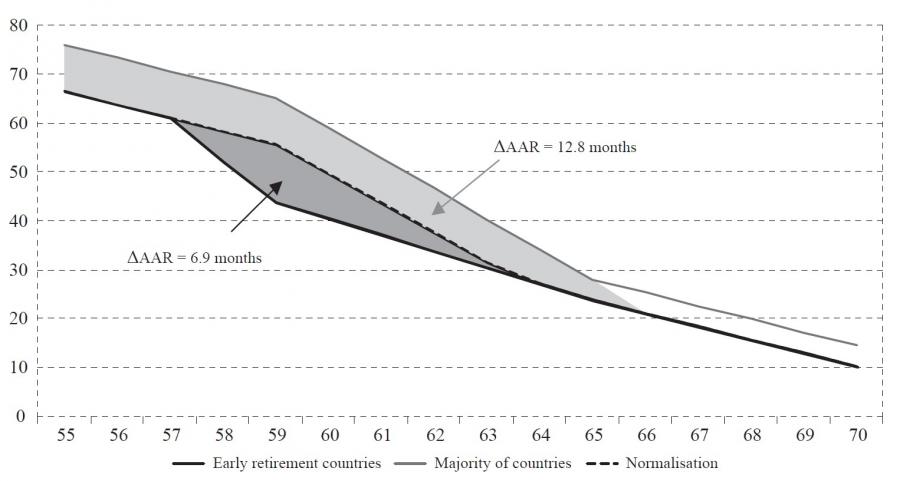 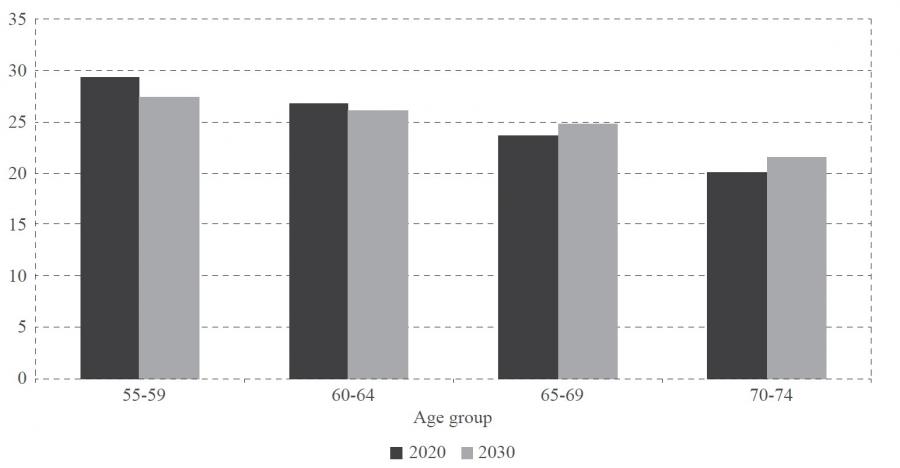 Note: Shares are calculated as unweighted averages of OECD countries.
Source: United Nations population estimates and projections.
Views
948
Downloads
98
Visits refer to users (not robots) and are expressed cumulatively .
Article visits include visits to the article web page and visits to all full text files regarding this article.
To obtain a more realistic insight into the actual visits and reduce the possibility of manipulation (manually or automated) the following records were filtered out:
June, 2021
II/2021
Domagoj Šelebaj, Matej Bule
Effects of grants from EU funds on business performance of non-financial corporations in Croatia
Andrijana Rogošić
Public sector cost accounting and information usefulness in decision-making
Eva Horvat, Mladen Latković
Long-term cash flows of mandatory and voluntary pension funds in Croatia and their impact on asset allocation
David Turner, Hermes Morgavi
Revisiting the effect of statutory pension ages on participation and the average age of retirement in OECD countries
Marta Rodriguez-Vives, Miguel Angel Gavilan-Rubio
An overview of the taxation of residential property: is it a good idea?